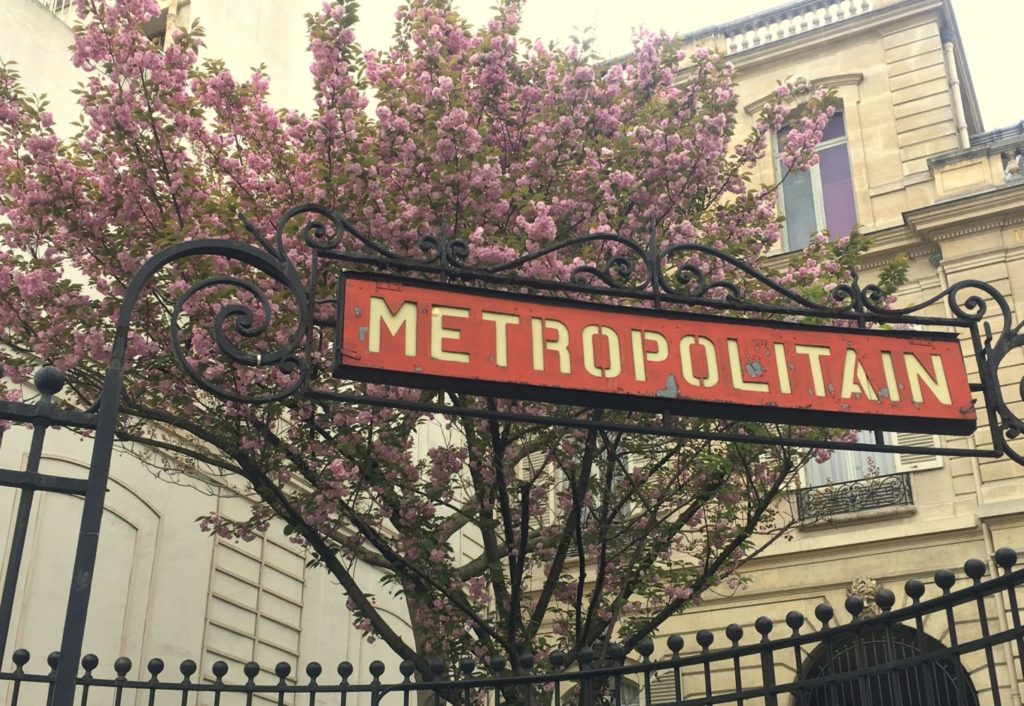 Public transportation is easy to use in Paris. The Paris local transport system (RATP) provides travel by metro, bus and tram. RER (suburban trains) circulate within the 5 zones of Ile-de-France. Public transportation normally operates between 5 30 am to 1 am every day, except on Fridays and Saturdays when the Metro stays open one hour later. The RER tends to terminate their service earlier than the Metro.

Students may opt to buy one metro ticket or 10 tickets in a « carnet » at a reduced price. The price of the ticket depends on the zone you need to go. A single ticket is valid for only one direction and can be used to make a transfer within the metro system. However, it is not valid for a transfer from bus to metro or metro to bus, another ticket is needed. Refer to the RATP website for any transportation inquiry, they also have a great interactive metro and bus map.

This is a monthly pass, allowing you to benefit from unlimited travel within Paris, and the suburbs if needed. The pass is valid with any public transportation, bus or metro (When purchasing the card, pay close attention to the number of zones you will need access to, as the price varies accordingly). The Navigo also offers an annual option, where one can pay in monthly installments. The advantage of this type of pass is that it can be replaced at no additional fee if lost or stolen.  For more information visit an RATP Agency near you.

If you are under 26 years old you can benefit from a year’s student transport pass. This card is 50% cheaper than the normal Navigo Pass.  Regardless of the number of zones paid for, you have unlimited travel throughout all Ile-de-France (Paris and its suburbs) on weekends, public holidays and school holidays. The pass also gives you preferential movie rates and store reductions. Subscription is available only from August to January as this is when the French school year begins. For more information ask for an Imagine R dossier at any metro station or visit their website.  If you would like to subscribe to the “Carte Imagine R” you will have to fill out an application form which you will find at any metro station and give a photo, one school enrolment certificate and a RIB (French bank account reference). This option is recommended to students studying both Fall & Spring semester.

Fast and easy to use, it stops all over Paris and offers many connections. When travelling in Paris, ask for the name of the closest “Métro” station. Check on a map the line number and find out which direction you need to take. The Parisian metro has 14 lines which each have their own number and color for easy identification.

Faster than the Métro, it is the express train for Paris. It has fewer stops than the Métro but it also deserves suburban cities. The RER has 5 lines, which each have their own letter (A to E) and color.

Paris has many bus lines. Buses run every 5-15 minutes, depending on the time of day. There is also the Noctilien night bus service, operating between 1 am and 5 am every day. With Noctilien, you can travel throughout the greater Paris area (known as Ile-de-France) all night long. Visit the Noctilien service website for more information.

In order to get a taxi, your best bet is to go to the closest “Station de taxi”. Taxis are available when their lights are out. Taxi lights: White = city fare, Orange = suburban fare, Blue = night fare.

Velib is a program sponsored by the City of Paris, where anyone can rent bicycles for 29 Euros/year or 1 Euro/day (without subscription). All it takes is a deposit of 150 Euros that you will get back if you return the bike in the same condition. You can use the bicycle the first 30 minutes for free. There are many ‘Velib’ stations around Paris and even similar programs in near-by suburbs.